Djokovic Pictured in Spain Days Before Arriving in Australia 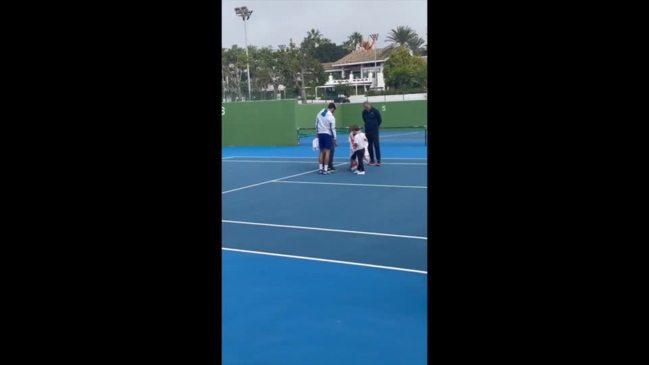 Novak Djokovic apologized for errors made on his travel declaration form upon entering Australia, after footage emerged of him playing tennis in Spain less than two weeks before arriving in the country. Djokovic was pictured at a tennis academy in Sotogrande, Spain, on December 31. These videos, posted by the SotoTennis Academy, show him playing tennis on the academy’s courts. “On the issue of my travel declaration, this was submitted by my support team on my behalf – as I told immigration officials on my arrival – and my agent sincerely apologizes for the administrative mistake in ticking the incorrect box about my previous travel before coming to Australia. This was a human error and certainly not deliberate,” Djokovic said in the apology. Novak Djokovic’s visa was canceled for a second time on January 14, on “health and good order grounds, on the basis that it is in the public interest to do so,” Australian immigration minister Alex Hawke said. Credit: SotoTennis Academy via Storyful